If you are like me, you faintly remember that Kosovo is somewhere in eastern Europe. Its the blue country in the map below and borders Serbia, Montenegro, Albanian and Macedonia. 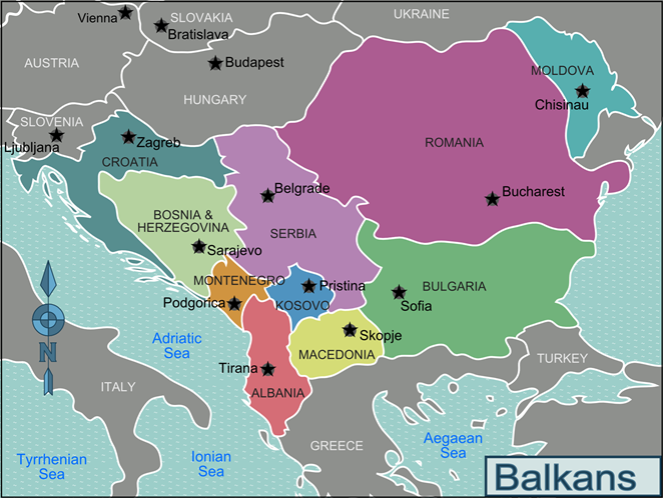 Since accepting my invitation, I’ve been doing quite a bit of reading on region and country. The short version is that Kosovo declared independence in 2008. As you may recall, there was a large NATO-led peace keeping mission to end the  conflict between Serbia and Kosovo. Serbia still does not recognize Kosovo as independent, but the UN and NATO do. Here are a couple links that helped me understand more of the history: